Quilting fun for family and friends!

This quilt has been a long time coming. It is for my first adult friend, the one I have kept in close contact with for 35 years. She wanted to create the pattern for the quilt. it took her at least a year to realize it is way harder than it looks, LOL!!! I am now following a pattern. Greek Islands by Kaffe Fassett and Liza Prior Lucy. Love it. 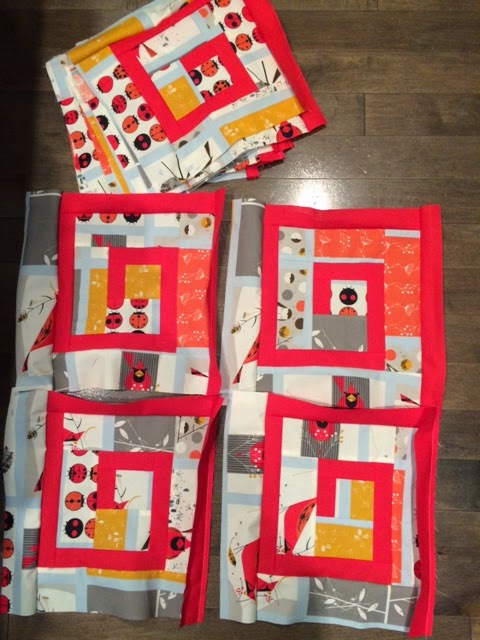 Linking up with The Needle and Thread Network
Posted by Pam @ Quilting Fun at 06:28 2 comments: 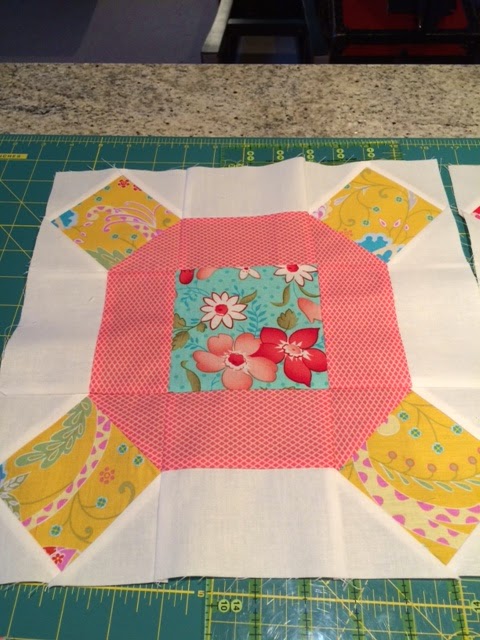 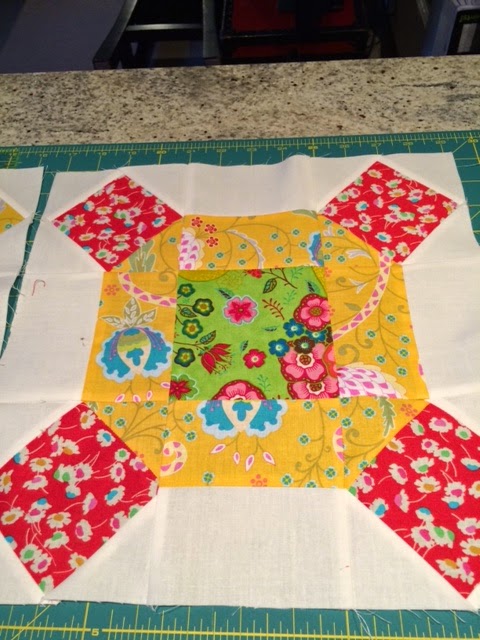 To this is more like it. February Bee block is finally done. I hate taking my stuff out but this went quite quickly. Who knew Rolling Stone Blocks could be so tough? 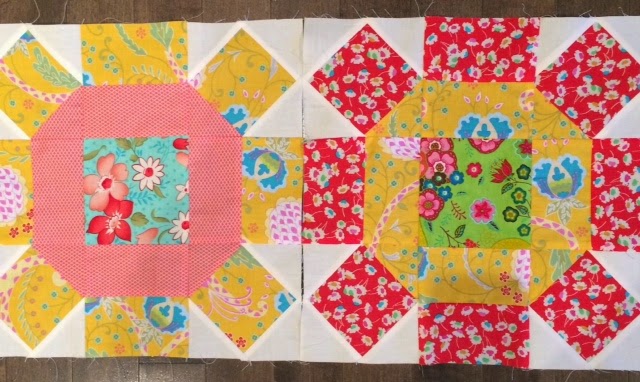 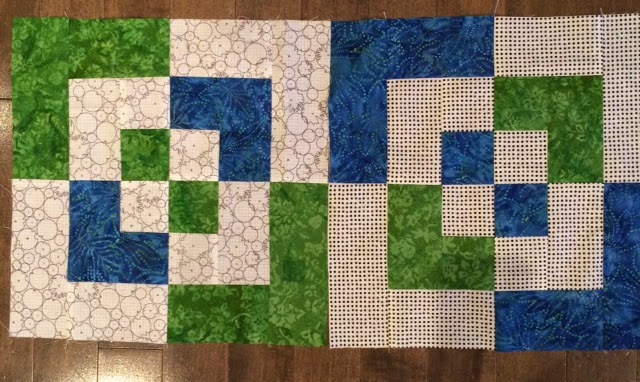 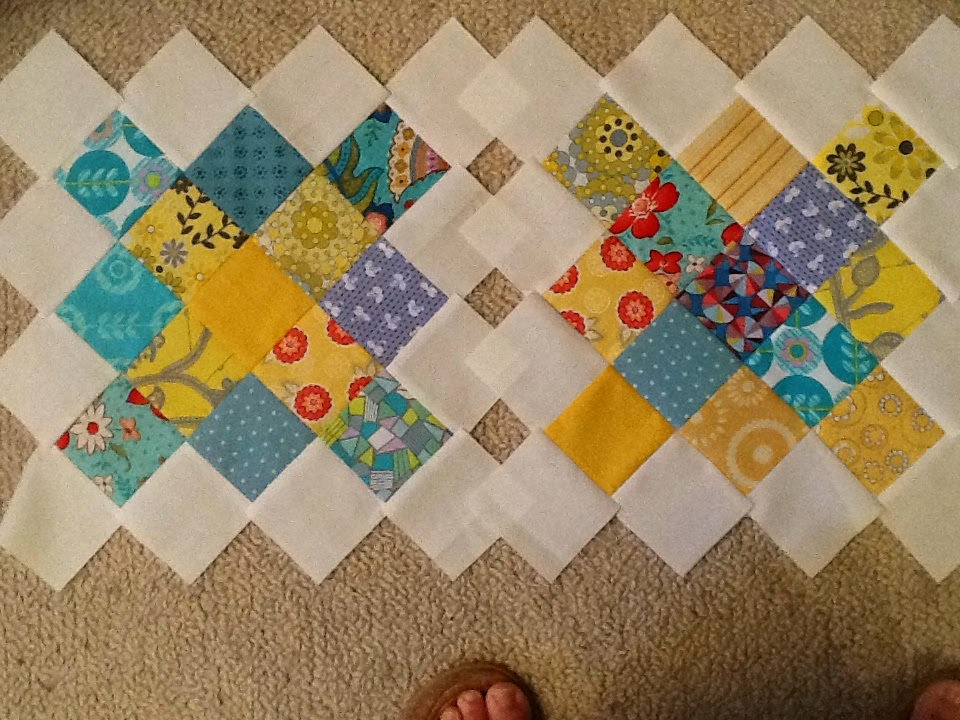 I have moved into whatever century and now have an iPhone, Whoo hoo! January was taken with the iPad and February and March with the phone.
Posted by Pam @ Quilting Fun at 22:29 3 comments:

Pam @ Quilting Fun
I am a mother, grandmother and quilting enthusiast. I started this blog to record my quilts and thoughts. Also to follow along on favourite quilting blogs. Thank you for visiting.